If you search for ‘Christmas’ in the Living Archive of Aboriginal Languages, you get an interesting mix of results.

If you’re looking for something simple, there are two Kriol books on the topic. Samting speshul tells a simple version of the Christmas story, and Krismis Stori tells an even more basic version – even if you don’t know Kriol you can probably follow the text. Both of them have recordings as well (click ‘Listen’ above the cover) 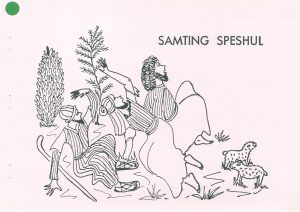 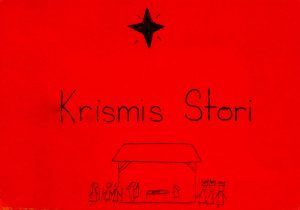 Want to sing some Christmas carols in Indigenous languages? In Burarra Manakay (songs in Burarra language of Maningrida) we have Silent Night, Little Baby Jesus and one called Jemberr.

And also from Maningrida, you can try Nakébba Kaya-ramíngana, Kóma Wíba, which is sung to the tune of ‘Away in a Manger’ and some other Christmas songs in Ndjébbana language in the songbook Barra-róddjiba Barra-mayáwaya. 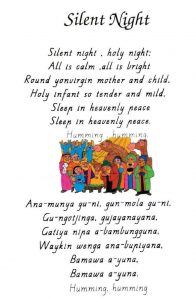 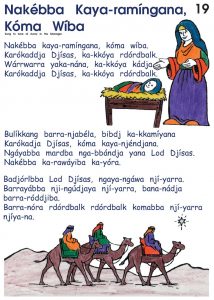 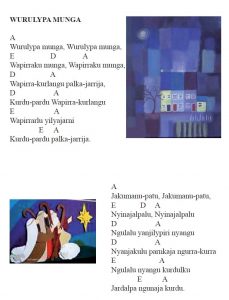 The Yuendumu CEC Christmas songbook is mostly in English, but there’s one song in Warlpiri called Wurulypa Munga – do you know how it goes?

If you like making Christmas decorations, there’s another Kriol book called Sambala ting bla Krismis where you can learn to make c 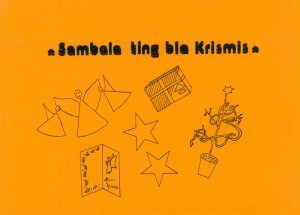 ards and stars and angels.

We also have some full translations of the original Christmas story from the Bible, including Tyitheth Renharl Atnyenew (Jesus was born) in Alyawarr language from Central Australia. 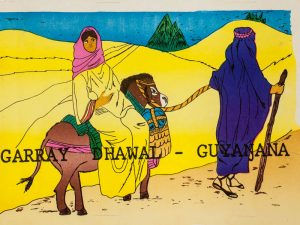 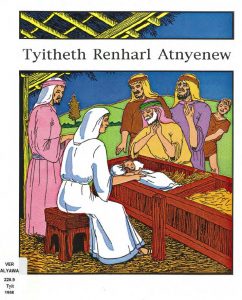 Moving away from the traditional story, we have a lovely illustrated tale of animals decorating a Christmas tree in Kulilypuru in Pitjantjatjara language. 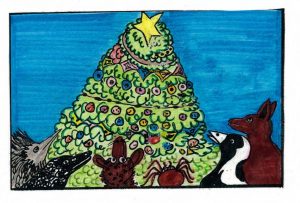 Also in Pitjantjatjara there’s an old photo book from 1983 of when Mama Kritjimitji came to Areyonga (guess who that is?) 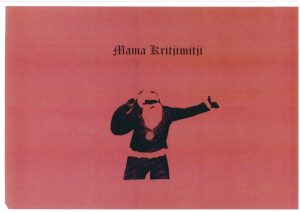 And finally, even out in desert communities, kids love dressing up to do the Christmas story, and colouring in pictures about the event. Check out Christmas Irrwelty to see how they did it in Irrultja in 2001.

You can also check out these media stories about our Christmas collection from 2015:

Happy Christmas from everyone at the Living Archive of Aboriginal Languages!