Christmas stories in the Living Archive:

Race relations: where from, where now, where to? Alice Springs News Online 19 August, 2014

Video of the Darwin launch of the Living Archive project available at http://vimeo.com/91681907

Article in The Conversation, April 7, 2014. Some vital signs for Aboriginal languages. 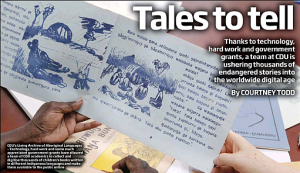 NT News Sunday Territorian, 17 November 2013 featuring an interview with Chief Investigator Dr Brian Devlin about the second round of funding received for the project. Read the article here. 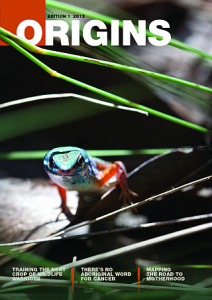 Charles Darwin University Origins magazine in July 2013 explains some of the story of the Living Archive project. Read the article here.