The gathering of around 35 linguists, language workers and librarians at Batchelor Institute this week was a significant event. The Centre for Australian Languages and Linguistics (CALL) has been collecting language material from all over Australia for several decades, and selections from the Northern Territory language materials were the focus of attention at this gathering.

After a warm welcome by Kungarakan traditional owner Helen Bishop, we went around the room asking people to share a little about themselves, including how long they’d been involved in Indigenous language work. When the total was finally tallied, it reached over 790 years!

After the first break it was down to work. The Batchelor Institute librarians had been through the CALL collection and selected texts and books, placing them in boxes language by language. The participants worked in groups at tables — Wadeye,Tiwi , Maningrida, Yolŋu,Ngukurr, Numbulwar, Borroloola — while a big row of tables in the middle was for the desert mob working on Gurindji, Warlpiri, Pintupi-Luritja, Warumungu, Arrernte and other languages.

Each book or document was in a plastic sleeve with a provenance sheet which needed to be filled out to audit and catalogue each item. Some items required information about who wrote or illustrated them, some needed the language to be identified, others required an English title or keywords, and some people spent time translating whole texts. Everything got a priority sticker, so we know which texts need attention first. Pairs of more experienced language workers worked with younger mentorees, or Indigenous language workers with non-Indigenous linguists. There was much laughter at some tables as documents prompted memories, and people or events were fondly recalled. Many stories both new and old were shared.

Several participants brought their own materials to add to the CALL collection and LAAL. These included linguistic notes, transcripts of recorded stories, printed books, hard drives of digital materials, unpublished texts and recordings. The prize goes to Melanie Wilkinson who brought 11 boxes of material from her many years working among the Yolŋu! Runners-up were Ken Hansen, with thousands of pages of typed or handwritten materials in Pintupi-Luritja, and Mary Laughren who brought a trolley load of materials in Warlpiri and Western Desert languages. It would be a great opportunity for any student of linguistics looking for a project to work on, helping sort through these precious materials! An honourable mention to Patrick McConvell, whose box of books was inconveniently misplaced by Virgin en-route from Canberra, but arrived safely after the gathering concluded.

There was so much work to do that we barely scratched the surface. Majella Chula and Jacinta Crocombe from Wadeye had already postponed their flight so they could be there to the end, and Magdalen Kelantumama and Dulcie Tipungwuti from Bathurst Island asked if they could come again to do more work on the Tiwi materials. As we wrapped up on the second day, Mätjarra from Ramingining commented that the workshop was “not long enough.” Samantha Disbray and Jane Simpson want to organise a workshop for the Warumungu community to do more with the materials, Margaret Carew and Marion Waiguma are already planning more activities for Maningrida languages, and Didamain Uibo wants to work on some of the stories with other Numbulwar people. Ailsa Purdon has plans for the communities she works with through Catholic Education. In the future it is hoped we will be able to do gatherings similar to this on a regional basis or with particular language groups.

It was great to see so much material from communities and languages which were previously not represented in the Living Archive because they didn’t have bilingual programs. Susan Moore has already uncovered lots of materials in Alyawarr and Anmatyerre, Salome Harris and Angelina Joshua brought some materials from Ngukurr Language Centre, and Alan Rogers from AuSIL went through materials from Borroloola. It will be exciting to see many of those grey regions on the Living Archive map turn to colour soon.

Materials deposited in the CALL collection required a permission form to allow Batchelor Institute to look after and digitise what was being deposited. Materials that will be made public on the Living Archive website also require permissions, so more forms were signed. In addition, talent release forms were required for videos and photos being taken during the event, so by the end of two days everyone was thoroughly sick of signing their names!

All the Batchelor Institute staff were incredible — Maree Klesch and Karen Manton did an amazing job getting the whole thing together, and support people like Narelle Verzeletti did everything from registration desk to airport pickups and cooking the BBQ (with T-bone steaks the size of your face!), along with Elsie Carter and Marissa Clausen. Head of Research Peter Stephenson made us feel welcome, and Batchelor Institute director Adrian Mitchell dropped in and said he’d never seen the place look busier.

The Batchelor Institute librarians were wonderfully organised with a carefully thought-through workflow which ran smoothly. Prue King and Kathy Roe were on the CALL desk, while Helena Turner and Lynne Shirley were at the New Deposits desk, with assistance from others when needed. In the library Colleen McBride had prepared an area for audio/video and slide digitisation, and a great deal of scanning took place here with Colleen, Marissa Clausen, and  Rhys Howard from CDU scanning materials and processing images that had been deposited.  Everything was clearly labelled and the staff were always ready to answer questions – there were even newly sharpened pencils on every table before we started!

The Living Archive team were kept busy – Michael Christie was working with Mätjarra, Dhäŋgaḻ and Melanie on Yolŋu materials, Cathy Bow was checking spreadsheets to see which items were already digitised in the LAAL collection, or working through lists of names to find who could give permissions, and Haidee McKittrick assisted new deposits staff with auditing new materials and provided individual support to participants.

ABC Open was there to document the process, filming the activities and interviewing the participants. Some of this will appear as part of their Mother Tongue project, and to promote both the Living Archive and CALL collections. Thanks to Will Tinapple and Jacqui Taylor for doing this, ably assisted by David Pollock from Batchelor Institute media, and to Jacinda Brown for photos throughout the workshop. We look forward to sharing some of the photos and stories here soon.

Special thanks to all the participants, especially language workers from remote communities and Darwin who took the time to come and work on their languages and share their knowledge, and provide advice about permission pathways, and in some cases give permission.

The goals of the workshop were certainly achieved, though the work is far from over. There is still much to do with cataloguing, digitising, OCRing, sharing files, and getting these materials out there through the CALL collection database and the Living Archive website. We’ll need to crowdsource much of this work, so we need some creative ideas of how to garner the power of the Internet, as well as on the ground with highly motivated traditional language owners. Maybe you’d like to help us? Visit the ‘CONTRIBUTE’ tab at livingarchive.cdu.edu.au to find out more. 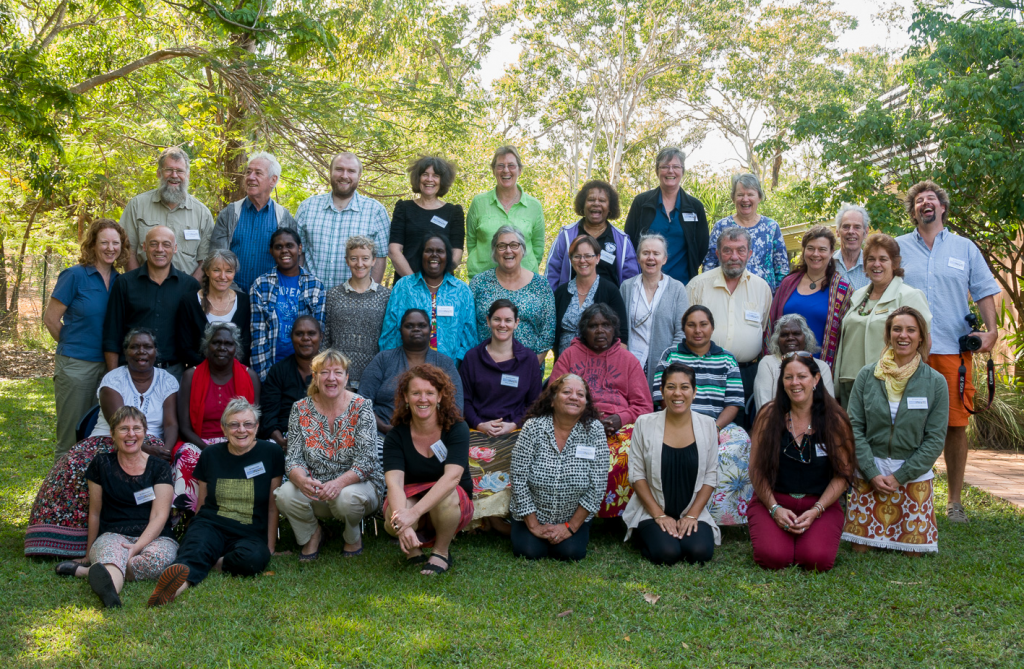