Listen to your elders: inviting Aboriginal parents back to school

Tony Abbott is spending this week in North East Arnhem Land, part of his long-held hope “to be not just the Prime Minister but the Prime Minister for Aboriginal Affairs”. We asked our experts: what stories does the PM need to hear while he’s in the Top End?

Promising “a new approach to engaging with Aboriginal and Torres Strait Islander people to achieve real results”, the top priorities of the Australian Government’s new Indigenous Advancement Strategy are “getting children to school, adults into work and building safe communities”.

Based on 40 years of experience in Top End education, I’d argue that if you can get the schooling right – which involves adults just as much as kids – you can lay the foundations for more adults in work and safer communities too.

“Free, compulsory and secular” education took a long time to establish for Aboriginal children in the Northern Territory.

I arrived at Milingimbi in the early 1970s as one of the first government educators, soon after the good-willed but under-funded Methodists had handed over their mission schools to the Northern Territory Administration Aboriginal Welfare Branch. There, the parents asked me why, if education were so important, it was visited upon children rather than adults.

I had learnt in my now radical-seeming teacher education in New Zealand the stories of how formal, universal education had served to keep poor children off the streets while their parents worked in the factories of the industrial revolution, and how it prepared the children for the same menial repetitive work in confined spaces for extended periods (the rich already had their schools).

Yet at Milingimbi in the 1970s, there remained a vibrant Methodist tradition of adult education, and plenty of interaction between the school and adult education staff and students. Every classroom had at least one local Aboriginal teacher, and there was often a grandfather outside under a tree singing or a mother telling stories.

Operating without carrots or sticks for attendance, the school had a central place in the life of the community, and we spent much time on country. We learnt from the elders that each child in school was unique to his or her particular links to history, people and place, and that we needed to understand and acknowledge those differences.

Today, times have changed. Under the pressures of “normalisation”, people everywhere are paying attention to NAPLAN test results. They are particularly poor for Aboriginal children in remote communities who grow up with little English around them, and who come to school whenever it pleases, truancy officers notwithstanding.

Communities and governments alike are looking for new and different ways to work collaboratively towards “Indigenous Advancement”.

If I were asked for ideas that could “achieve real results” – in remote Indigenous education – the following two would be at the top of my list.

Adults are as important as the kids

School can be an alienating experience when there are no senior family members around and no teachers speaking familiar languages. And the ancient practice of growing up children as independent agents in their environment, free of coercion, is still very strong in remote communities.

Finding good ways of welcoming parents and elders – including their languages and authority – back into schools would do wonders for the NAPLAN results, if only because of improved attendance rates and the commitment of parents to a collaborative working together.

We must also think about the new generation and its contribution to our future. The emphasis on English and maths results above all else means kids are assessed well before they are confident in the richness of their local identities and connections.

There is so much knowledge – including local languages, history, culture, environmental and ecological knowledge – that is there, waiting to be tapped into and reappear in classroom life, just as that knowledge was shared very productively in the past.

If Aboriginal families and their knowledge were taken seriously in schools, alongside the important knowledge from the outside world, it would not only revive the attendance rates but also prepare students to take part in the changing remote economies.

This isn’t just wishful thinking. If we want Aboriginal people to take an active and productive part in the future of remote Australia, a combination of traditional Aboriginal and contemporary Australian knowledge is very much what we need.

There are practical ways that traditional knowledge can be a crucial path to future employment for young Aboriginal kids. For instance, in environmental services, major carbon abatement projects (such as fire management), biosecurity and invasive species management, cultural heritage management, language, history, law, and many other areas.

All Australians benefit from having healthy, strong, bi-cultural Aboriginal populations in northern and central Australia.

Further reading in this Abbott in Arnhem Land series:
Australia’s 7 Up: the revealing study tracking babies to adults
Welcome to my Country: seeing the true beauty of life in Bawaka
‘PM for Aboriginal Affairs’ Abbott faces his biggest hearing test
Well-connected Indigenous kids keen to tap new ways to save lives
How crowded homes can lead to empty schools in the bush
Would you risk losing your home for a few weeks of work?

This article was originally published on The Conversation.
Read the original article. 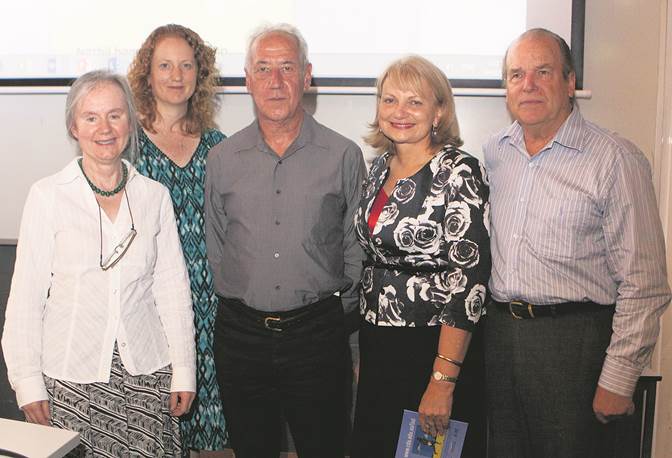