Decades after many of the language materials created at Gunbalanya were sent to the tip (only to be rescued by the local missionary and later sent to the Living Archive), a locked filing cabinet in the school (with no sign of a key) remained. Sue Reaburn was present at its unlocking and shared the story and photos with us.

Although no one knew what the filing cabinet contained, it was known to contain treasures of the past. To be sure it contained nothing secret or sacred, Joseph, an elder, took each drawer down the back of the room and systematically checked through it, removing anything he thought was inappropriate for full public viewing.

Among the things it contained was copies of old mission records, discs of images from the past with catalogues, old books some of them very rare related to Gunbalanya. While much of it had been through a flood, that which was considered worthy of preserving digitally was bought back to Darwin to be digitised either by LAAL or the Aboriginal Education Heritage Program. Digital copies of everything are being returned to the community, the final resting place of the important historical material is still being decided by the Gunbalanya School Council. 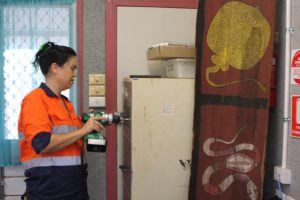 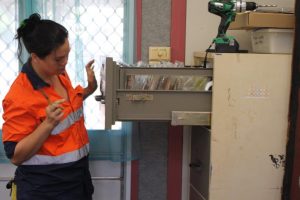 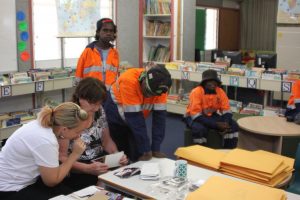 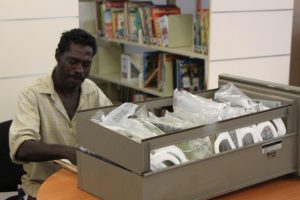